Things To Do in Soweto 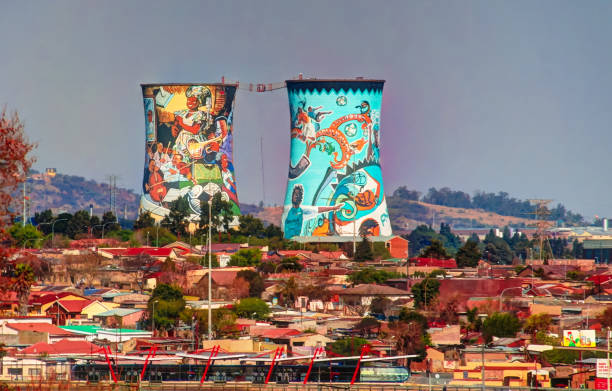 Soweto is a well-known township not only in South Africa but throughout the world. They may not be there but they have probably heard about it. It is a township of the City of Johannesburg Metropolitan Municipality. Its name is an English syllabic abbreviation for South Western Townships. It is mostly populated by the black race. It has become one of the must-visit places in South Africa.

When people hear the word Soweto they think of history, after all the place is known for its historical background of Apartheid that occurs in 1948 that separated different racial groups in South Africa but today all the history of South Africa can be learned in different Museums that are found in Soweto. Soweto is dominated by historical museums.

Discover What you can do in Soweto

Once you in the township of Soweto visit the Mandela House that is located in Orlando West, Vilakazi Street. Today the Mandela House is a national museum, Former first black president of South Africa used to live in this house from the year 1946 to 1962.

The house was later donated to the Soweto Heritage Trust by Nelson Mandela the first black President.

The house was donated on the 1st of September 1997 to run as a museum and got declared as a National Heritage site in 1999.

The Hector Pieterson Memorial and museum opened in Soweto in 2002, not far from the spot where 12 year-old Hector was shot on the 16 June 1976 during the Soweto uprising that today is a symbol of resistance to the brutality of the apartheid government.

The museum was named after him the museum features films, newspapers, and photographs.

Take a break and do something exciting at Orlando east Soweto Towers. There is a variety of adventure activities to do there such as Bungee jumping which is the most popular activity.

Are you not scared of heights? Try the zip lining, rock climbing, and rap jumping. These towers were once a coal-fired power station until construction began in 1935 and got completed in 1955, it was transformed from power station to entertainment and business center in 2008.

While you still in the Soweto Towers get yourself food at the Shisa Nyama restaurant called Chef Pozi it offers different types of food. The restaurant hosts well known and up-coming local musicians and DJs.

A person who likes art would like to visit a cultural village and see beautiful collections of sculptures that were constructed by Credo Mutwa the storyteller, an author of books and a traditional healer.

Visit Jabavu where you will find a cultural village called Credo Mutwa Cultural Village. It is a cultural museum that has exhibitions of sculptures and buildings created by African artists and traditional healer Vusamazulu Credo Mutwa. The sculptures were used by him to convey important personal and political messages.

Before ending your tour experience the real SA cuisine at Wandie’s Place in Dube were you get to eat traditional meals. The place was an illegal shebeen during apartheid.

Things To Do in Soweto
We use cookies on our website to give you the most relevant experience by remembering your preferences and repeat visits. By clicking “Accept All”, you consent to the use of ALL the cookies. However, you may visit "Cookie Settings" to provide a controlled consent.
Cookie SettingsAccept All
Manage consent

This website uses cookies to improve your experience while you navigate through the website. Out of these, the cookies that are categorized as necessary are stored on your browser as they are essential for the working of basic functionalities of the website. We also use third-party cookies that help us analyze and understand how you use this website. These cookies will be stored in your browser only with your consent. You also have the option to opt-out of these cookies. But opting out of some of these cookies may affect your browsing experience.
Necessary Always Enabled
Necessary cookies are absolutely essential for the website to function properly. These cookies ensure basic functionalities and security features of the website, anonymously.
Functional
Functional cookies help to perform certain functionalities like sharing the content of the website on social media platforms, collect feedbacks, and other third-party features.
Performance
Performance cookies are used to understand and analyze the key performance indexes of the website which helps in delivering a better user experience for the visitors.
Analytics
Analytical cookies are used to understand how visitors interact with the website. These cookies help provide information on metrics the number of visitors, bounce rate, traffic source, etc.
Advertisement
Advertisement cookies are used to provide visitors with relevant ads and marketing campaigns. These cookies track visitors across websites and collect information to provide customized ads.
Others
Other uncategorized cookies are those that are being analyzed and have not been classified into a category as yet.
SAVE & ACCEPT

You have Successfully Subscribed!